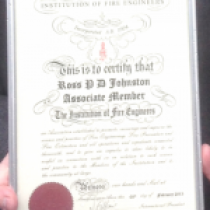 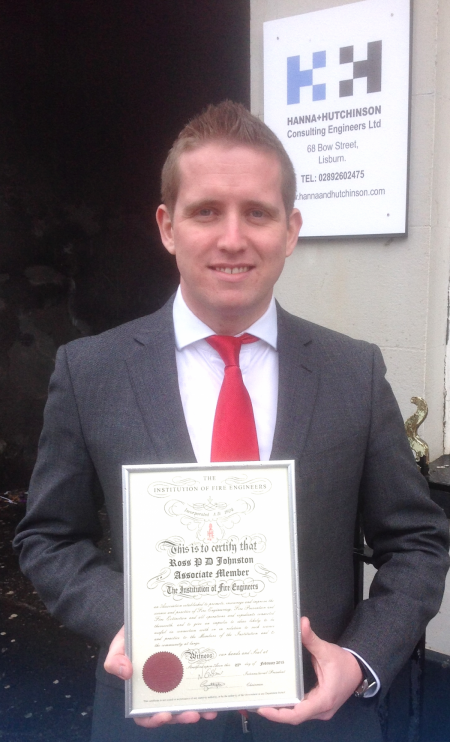 Hanna and Hutchinson would like to celebrate the success of our new Structural and Fire Safety Engineer, Ross Johnston, who was awarded Associate Grade Membership with the Institution of Fire Engineers this week.

Ross previously worked in both contracting and design consultancy, and joins the team having just completed his PhD at the Centre for Built Environment Research, Queen’s University Belfast (QUB). Primarily, the output from his research was to develop a performance based design procedure for single storey buildings in fire. The results were based on a combination of advanced finite element modelling and full-scale site fire testing. Ross has been published in a range of academic and industry journals, including ‘The Structural Engineer’, which is the flagship publication of The Institution of Structural Engineers.

Ross has worked extensively with Building Information Modelling (BIM) in both the research and industry environment, developing novel export techniques for structural and fire analysis. Ross is also in his third year as a Guest Lecturer at QUB, delivering lectures and providing training for QUB students on structural design and BIM, using Revit and Tekla software platforms.  Furthermore, he was presented with the prestigious Institution of Structural Engineers (IStructE) Young Researcher of the Year award in London for his work in March 2014.

Hanna and Hutchinson are very proud of Ross’ academic and professional success, and are thrilled that he has joined our team.

This article was written by hannaandhutchinson